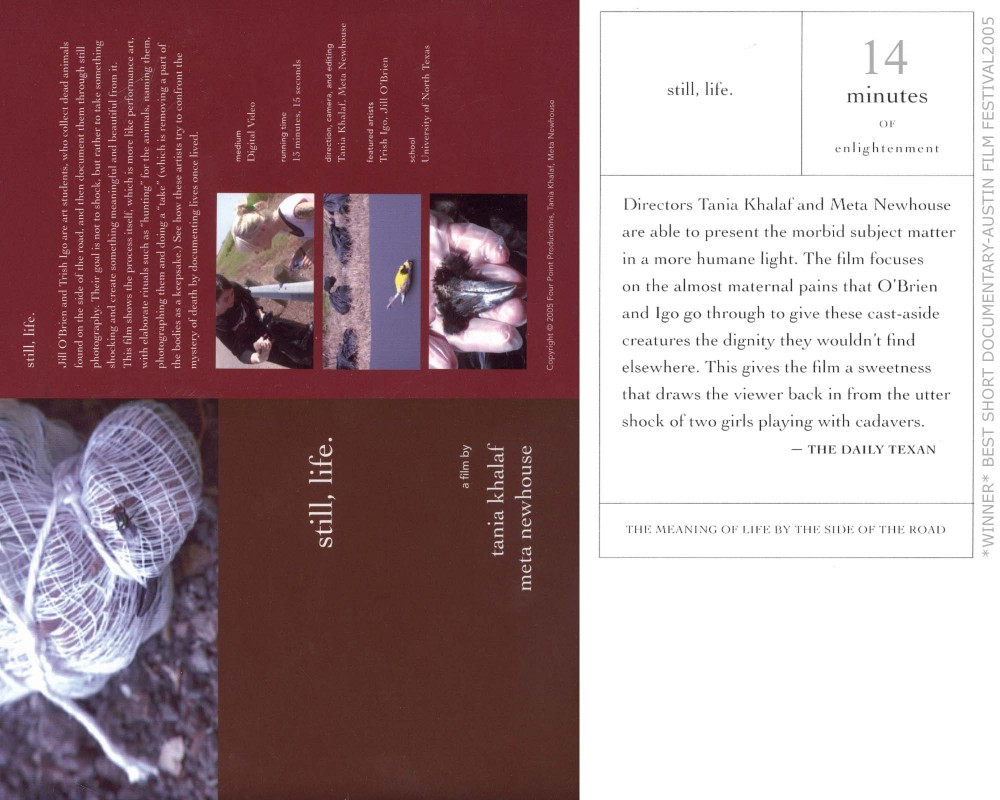 still, life, a film by Tania Khalaf and Meta Newhouse. Jill O’Brien and Trish Igo are art students, who collect dead animals found on the side of the road, and then document them through still photography. Their goal is not to shock, but rather to take something meaningful and beautiful from it. This film shows the process itself, which is more like performance art, with elaborate rituals such as “hunting” for the animals, naming them, photographing them and doing a “take” (which is removing a part of the bodies as a keepsake.) See how these artists try to confront the mystery of death by documenting lives once lived. Copyright 2005 Four Point Productions.